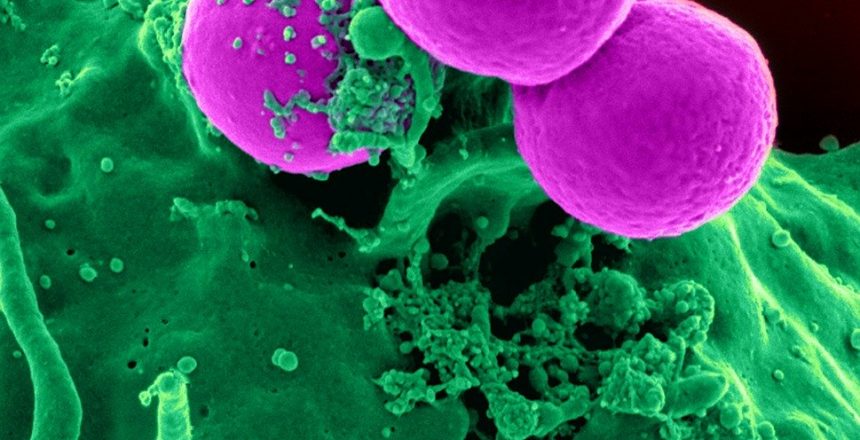 “As research into autophagy has expanded, it has become clear that it is not simply a response to starvation. It also contributes to a range of physiological functions, such as inhibiting cancer cells and aging, eliminating pathogens, and cleaning the insides of cells. We have also begun to see a small explosion in research that demonstrates a new function with the knocking out genes that contribute to autophagy. However, there is still much we do not know about the mechanism of autophagy and this calls for serious study. I hope to go on to study autophagy at the molecular level, to tackle the mechanism head-on. That is my mission.” – Yoshinori Ohsumi, renowned cell Biologist.

Autophagy is the process of degrading and recycling cellular components. It is the body’s natural cleaning mechanism that discards broken-down or old cell vessels such as organelles, proteins, and cell membranes. The name ‘Autophagy’ was coined from the Greek word ‘auto’ (self) and ‘phagein’ (to eat), and translates as ‘eat oneself.’ This cell recycling process was first discovered in the 1960s when some researchers observed that the cell was capable of destroying and renewing its own components.

However, the importance of autophagy in human cell health became a popular subject in the 1990s, after Japanese Cell Biologist, Yoshinori Ohsumi conducted an experiment using baking yeast to unravel the mechanisms by which cells discard run-down components. His findings were critical to elucidating the physiological significance of the process as he discovered that the autophagy genes were used by higher organisms like humans who were able to withstand famines as a result of cell degradation and renewal.

For his groundbreaking discoveries in autophagy, done through research and experiments spanning over two decades, Ohsumi earned the prestigious Nobel Prize in Physiology or Medicine in 2016, and the 2017 Breakthrough Prize in Life Sciences. The highly revered Cell Biologist successfully uncovered factors that stimulate autophagy in humans, such as the body’s adaptation to lack of food, and the body’s response to infection. Today, you can’t talk about autophagy without referencing Ohsumi’s works.

The Role of Autophagy in Human Cell Health

Cells are fundamental units of all living organisms. Just as building materials like bricks, wood, metal, and others are important in constructing buildings, so are cells crucial for structure and function in living things. They are essentially the building blocks of all living things. In humans, cells are actively involved in daily food digestion processes, transporting oxygen around the body and facilitating other functions in the body. Cells work around the clock, constantly performing a myriad of functions in our bodies; as such they become frail and damaged after a while and need replacing.

The process of cell degeneration and replacement might sound grueling. However, it is just a natural and important process in the cellular life cycle that occurs in every healthy human. So, regular elimination of old cells and regeneration of newer, healthier ones is vital for overall health and wellness. Think of autophagy as housekeeping; the same way you clear out dirt and old items from your house and even do some renovation when needed, is the same way cells discard old and tired vessels through the process of autophagy.

Although autophagy involves cell recycling and regeneration, it does not involve the total breakdown of old cells. It occurs at the sub-cellular level, where only old and damaged components of the cell are recycled. In this process, old cell membranes, organelles, and other cellular debris are discarded through the lysosome, which is a specialized organelle containing enzymes to degrade proteins and make way for new ones.

In Cell Biology, there is another process similar to autophagy. This process is called apoptosis, and just like autophagy, it plays an important role in cell health, but beyond the sub-cellular level. Apoptosis is the process of programmed cell death that involves recycling entire cells, instead of just components of the cells like in autophagy. This programmed cell death is used to eliminate unwanted cells, and is key during the development stages of an embryo. It is also used to get rid of cells in the body that have been damaged beyond repair.

While autophagy can be likened to some form of home renovation, apoptosis involves complete demolition of the house due to structural damage making it unsafe and uninhabitable. It is important to note that although autophagy mostly deals with cleaning out components of the cells rather than the entire cell, the process can also lead to cell death in some cases.

Fasting as a Stimulant for Cell Renewal in Humans

Controlled food deprivation or fasting is one of the major triggers of autophagy. Autophagy is a natural process that occurs all the time, but it is also triggered in a cell when it is under stress, which can be induced by fasting. Intermittent fasting in particular is one proven way of initiating an advanced level of autophagy, because it activates a self-digestion process. When cells are starved, autophagy enables the digestion of cell components to provide the necessary energy needed for survival.

This self-digestion not only provides nutrients to maintain vital cellular functions during fasting, but also cleans out damaged organelles, abnormal proteins, and harmful micro-organisms from the cell.  The process of cell cleansing and recycling is believed to begin when glucose and insulin levels drop drastically. In the human body, the liver stores excess glucose as glycogen, and when glucose levels drop during a fast, the liver converts glycogen into glucose and releases it. When the stored glucose diminishes, the liver breaks down fat to make a substance known as ketones to provide energy.

Fasting also reduces insulin level which triggers increased glucagon production, the hormone that helps the body stabilize blood sugar levels. The presence of this hormone indicates the need for cell recycling. Research has shown that activating autophagy requires approximately 16 hour overnight intermittent fasts along with low protein intakes during the day. This is important because these lowered protein levels prompt the body to recycle any leftover protein and extract usable amino acids for future protein build-up.

Aside from the benefit of activating autophagy, fasting is said to have some other advantages for health. Findings have linked fasting to decelerating the aging process in some ways because old cellular scraps are wiped out and replaced with newer and younger cell components. Nevertheless, as beneficial as fasting is to human health especially in activating a biological process like cell regeneration, it must be done in moderation. More importantly, individuals who consider fasting for any medical purpose should seek medical advice for proper direction

Thanks to Ohsumi’s efforts in Cell Biology, which paved the way for more in-depth research into the sub-cellular recycling process, autophagy has over the years received a great deal of attention for its impact on overall human health and wellness. A large number of studies have even shown that this cell regeneration process can aid the prevention of neurological illnesses like Parkinson’s and Alzheimer’s disease, because the toxic proteins contributing to the development of these diseases are eliminated during autophagy.

In addition, there has been research to indicate the possibility of autophagy lowering the risk of cancer. This is because as the body goes through cell degradation, it might recognize and tear down defective cancer-causing cells. Although this has not yet been definitively proven, continuous research into autophagy is expected to provide further findings, not just as it relates to cancer prevention, but as a preventive mechanism for other ailments as well.

Boyers L, Gandhi B. What Exactly Is Autophagy & Why Is It Important To My Health? Mbghealth. 2020. https://www.mindbodygreen.com/articles/autophagy