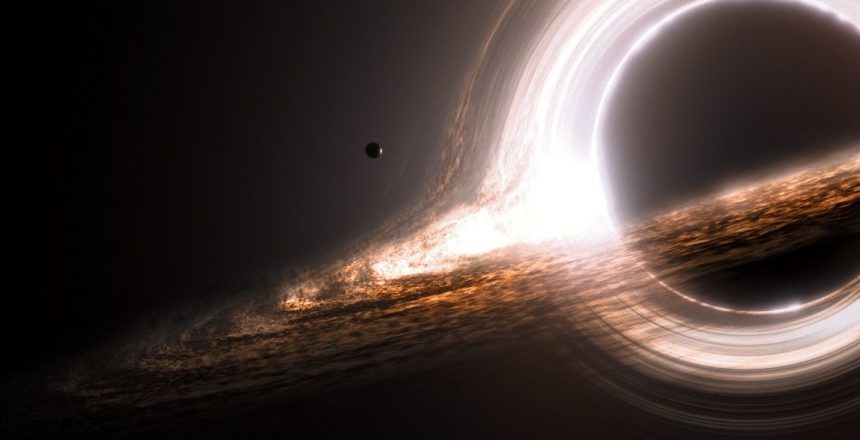 Black holes are a fascinating phenomenon. However, aside from its existence and surface-level artistic impression in popular culture, the intricacies of Black holes and their potential for the scientific endeavor are not well known. The very mechanism and building blocks of the universe itself can be deciphered through these phenomena, which would be vital in humankind’s pursuit to become an interstellar race.

What is a Black Hole?

Black holes are a region in space where the gravitational pull is so great, that no particle or radiation can escape from it, not even light. This is due to an infinitely large density, in other words, a great mass (such as the sun) packed into a tiny volume (such as New York City). Upon the collapse of a dying star onto itself, a massively transient and luminous explosion occurs. This explosion is known as a supernova explosion.  The by-products of such events are usually neutron stars or black holes, with the latter representing a much more severe collapse.

How Do You Observe a Black Hole if No Light is Emitted from it?

Last year, the first direct image of a black hole in the Messier 87 region was taken. This was done following observations made by the Event Horizon Telescope, a global network of radio telescopes whose technology tested the very limits of what modern-day science could observe in the celestial sky.

Quite a bit of buzz was generated behind this picture as it enables scientists to examine Albert Einstein’s theory of general relativity under extreme conditions. The theory, which predicted a shadow-like region due to bending of gravity, turned out to be consistent with the image taken by the telescope. The images from the EH Telescope are crucial in our understanding of black holes and could very well be the first step in realizing inter-star system travel, known as interstellar travel.

The nearest star system is Alpha Centauri, containing the star Proxima, at a distance of 4.4 light-years to Earth, which is the distance light travels in 4.4 years. For perspective, light can traverse just under 300,000 km in one second.  Such is the vast distances involved in interstellar travel.

But Can We Use it to Cross the Universe?

So far, humanity has been able to conduct manned planetary travel, albeit to the nearest moon. While a truly commendable feat, the real mysteries of the universe begin to unravel when the transition from interplanetary travel to interstellar travel is made. The magnitude of this problem can be understood by adjusting the thinking to astronomical terms. A visual representation is given by Josh Worth, but be warned, he takes the term ‘drawn to scale’ very seriously.

So, could black holes be the path out of our solar system? The answer to that is maybe; if it’s the right kind of black hole. If you are an observer falling into a traditional, non-rotating, non-charged black hole, you would be carried into a region called the ‘singularity,’ where all matter is crushed to infinite density. Prior to this, an observer would be obliterated by a process known as spaghettification, where the body is quite literally stretched into an infinitely long and infinitely thin noodle due to the unequal gravitational pull of the singularity on the head and feet of the observer.

However, in the case of a charged or rotating black hole, a borderline-science fiction possibility is revealed. A hypothetical scenario would entail exiting the black hole into an entirely different location in space-time with the black hole acting as a transport wormhole. Many scientists believe that wormholes are a representation of a fourth dimension in our 3D world, similar to a paper stick figure man (2D) experiencing a part of the pencil (3D) on paper (his world).

Wormholes could connect two arbitrary points in the universe, across an Einstein–Rosen Bridge. It is not known whether wormholes are possible in practice, but perhaps a better understanding of Black holes, (especially M87) will pave the way forward. A wormhole could connect extremely long distances such as a billion light-years or more, short distances such as a few meters, different universes, or different points in time, which could very well be a prominent facet of interstellar travel and otherworldly habitation.