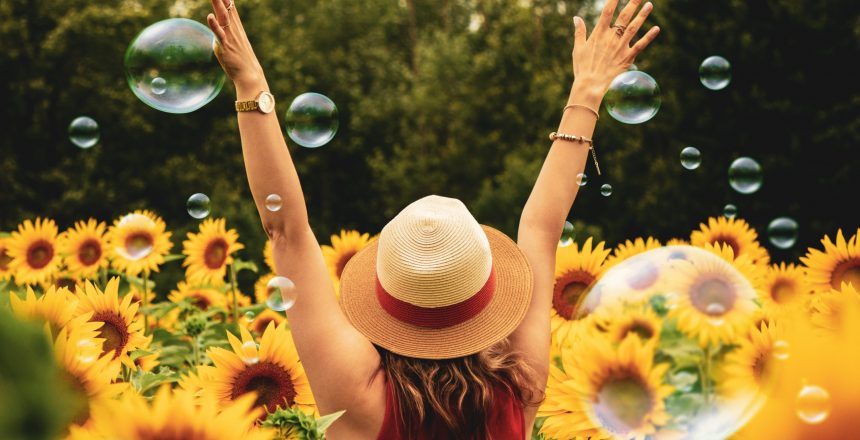 Mental health has become one of the most prevalent issues in the 21st century that has captured the attention of the world’s populace. People of every descent have long battled various mental illnesses like anxiety, panic attacks, and depression. However, in recent years, discussions focusing on these issues have been brought to the fore, and several foundations have made it a priority to raise awareness on the importance of mental and psychological well-being, especially for young people who might be oblivious to the state of their mental health.

High Prevalence of Depression in Teens and Young Adults

In our today’s society where technology has taken over a lot of our daily activities, like physical human interactions, many people, particularly teenagers and young adults are continuously slipping into depression. Many factors can cause depression, but shockingly, research has shown that offshoots of technological innovations have been one of the major factors causing depression amongst young adults in recent years.  A study conducted by the University Of Pittsburgh School Of Medicine on U.S. young adults in 2016, and published by ScienceDaily, concluded that the increased use of social media is associated with increased depression.

Depression is a dangerous mental illness and if not managed properly, can cause self-harm. Quite often we hear numerous sad stories of young suicidal individuals driven to the edge by depression and those who eventually end their own lives. Although depression affects people in all different age groups, numerous studies have shown that individuals within younger age brackets such as children, teenagers, and young adults, are more likely to develop depression. According to the World Health Organization, (WHO) more than 264 million people of all ages globally suffer from depression, with close to 800, 000 reported cases of suicide yearly.  The report added that suicide is the second leading cause of death in young adults between the ages of 15 and 29.

Another study published by the Canadian Mental Health Association (CMHA) revealed that a staggering total of 3.2 million Canadian youth between the ages of 12 and 19 are at risk for developing depression, and approximately 5% of male youth and 12% of female youth, age 12 to 19, have already experienced a major depressive episode. Also, a report by Youth Mental Health Canada (YMHC) revealed that in 2016, suicide accounted for 19% of deaths among youth aged 10 to 14, 29% among youth aged 15 to 19, and 23% among young adults aged 20-24. This indicates a need for continuous efforts in creating more awareness on the management and prevention of depression and other mental illnesses.

How to Tackle Depression

Thanks to the widespread awareness of the importance of mental health today, more people have become vocal about their struggles with various mental illnesses, especially depression, which is one of the most common. As a result, a lot of research efforts have led to the discovery of basic lifestyle choices that can help reduce the risk of depression; and listed below are some of them.

In our very busy world, it is common for people to deal with loneliness or feel shut out sometimes; and this could trigger depression.  However, having a sound support system of family, friends, and loved ones, definitely makes a huge difference in our mental state. Nothing beats having healthy relationships that make room for wholesome conversations, positive energy, and fun experiences, all of which generally help us thrive and keep depression at bay. So, we must make intentional efforts to nurture relationships with people that shine positive light our way, keeping us in the right frame of mind.

A healthy amount of sleep is not only important for our physical well-being but also our psychological well-being. Numerous studies have discovered that people with sleeping disorders or those who have unhealthy sleeping patterns are at greater risk of developing depression. As such, we must give our bodies the necessary rest to keep our minds in tiptop shape. It is also important to note that the amount of sleep you need changes with age, with young people generally needing more sleep than adults over the age of 25.

A healthy diet can also help prevent depression and this has some research backings. In a randomized controlled trial published in the journal PLOS ONE, researchers realized that symptoms of depression reduced greatly among a group of young adults who adopted a Mediterranean pattern of eating for three weeks. This group also recorded lower levels of anxiety and stress.

Not a lot of people connect regular physical exercise to psychological and emotional well-being. However, regular exercises play an important role in keeping our minds healthy in addition to the physical health benefits. Findings have revealed that when the human body is active, particularly during physical exercises, feel-good chemicals called endorphins are released; and this can improve our general mood and enhance our sense of well-being.

The interesting part is that these exercises don’t have to be rigorous routines. They could be your regular cycling activities, dance routines, early morning or evening runs, hiking, swimming, yoga sessions, and others forms of exercise. The most important thing is to ensure that these routines are frequent in order to reap the benefits for your mental health.

Cutting back on time spent on social media can do a lot of good in preventing depression, especially in teenagers and young adults who are battling self-esteem issues and peer pressure. Social media has a lot of undeniable advantages; however, addiction to its usage can be toxic and detrimental to one’s mental health, especially with increased cyberbullying.

It can be difficult to give up the connectivity that comes with social media, but an indication that it might be time to try it is, if you are waiting or bored in some situation and you compulsively reach for social media, even if you know you have nothing new to check on it. This type of action creates a feeling of needing something that doesn’t exist, and therefore something that we can’t have. If experiencing this feeling, try giving up social media for a week, and be mindful of how your feelings towards it change. If you find yourself experiencing a better mental state after this ‘detox’ then try reducing social media usage to fewer hours per day, or silencing some of the apps’ notifications.

Although stress is unavoidable as we go about our daily routines, figuring out ways to manage and cope with stress is crucial to protecting our psychological well-being. Research has shown that extreme stress is one of the factors that increase the risks of depression and anxiety in a lot of people. So, creating time to relax and decompress after a hectic day is important for overall mental health. A common exercise to try is taking an hour for yourself before bed. Do whatever you want for this hour, so long as you find it relaxing. Some ideas to try experimenting with could be reading, art, journalling, and yes, even an episode of your favourite TV show.

Depression doesn’t start overnight; it is a gradual journey to a dark path. Oftentimes, it begins with little moments of sadness and progresses to a constant state of gloom, until it spirals out of control to a devastating end if not managed. This is why we need to make conscious efforts to keep our mental health in check. It is important to note that depression is a mental illness and no one has control over how it manifests; but most importantly, there is no shame in admitting to being depressed. So, if you ever find yourself drowning in sadness and can’t seem to get out of that state no matter what you try, seek professional help without further delay.

University of Pittsburgh Schools of the Health Sciences. Social media use associated with depression among US young adults.” ScienceDaily. 2016. https://www.sciencedaily.com/releases/2016/03/160322100401.htm