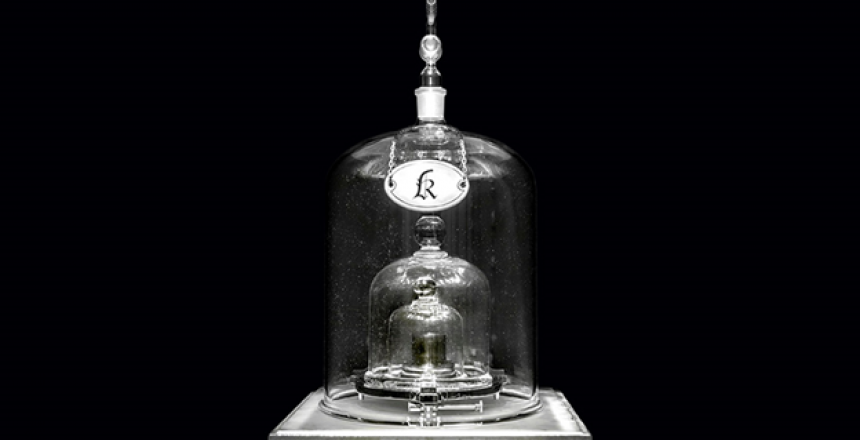 From industrial scales to bathroom scales and even kitchen scales, almost everyone at some point has used one or more of these measurement instruments to determine either their body weight or the weight and size of objects and items. All of these would never have been possible without scientific inventions like the metric system of measurement where the Kilogram, the base unit of mass, has remained one of the most commonly used measurement units globally. However, it seems odd that for over a century, a measurement unit as fundamental as the ‘Kilogram’ was defined by some chunk of metal! Yep, you read that right, but then finally, the kilogram was no longer to be determined by a certain piece of metal, but by a universal constant.

Ever since 1799, the kilogram was defined as exactly equal to the weight of a particular metal cylinder that was sitting in multiple glass jars, enclosed in a climate-controlled vault in Paris. This metallic cylinder, which was once the global measurement standard for mass, was known as the International Prototype of the Kilogram, (IPK) aka ‘Le Grand K’ or ‘Big K’ in English. Now, one may wonder what could have been so bad about this measurement metric that needed changing. Well, the ‘Big K’ might have been used for over a century to determine what a kilogram should be, but there were some major downsides that could no longer be ignored, especially by the global scientific community.

The ‘Big K,’ which was permanently kept in a vault, had to be replicated numerous times and placed across the globe to serve as the measurement standard for the kilogram. However, when these copies were brought back, they found that the masses of these metal cylinders were not the same. The implication of this was that the very definition of the kilogram was not constant; as such, anyone requiring precise measurement of mass would need to go to Paris to compare their measurement against Le Grand K. This system was not very practical, neither was it easily accessible and for this reason, the international scientific community saw the need for a change in the measurement standard of the kilogram.

After several years of work, the definition of the kilogram was eventually changed and Planck’s constant was finally fixed. This change was officially implemented on November 16th, 2018, following a unanimous vote from representatives of over 60 countries present at the international General Conference on Weights and Measures in Versailles, France. From that point on, the standard for measuring mass was no longer determined by the Big K, but by components of the universe like time, speed of light, and Planck’s constant, a number that allows scientists to calculate the energy of a photon of light.

Where E is the energy of a photon with a frequency of f, and h is Planck’s constant. Through another extremely well-known equation we can draw the parallel between energy, mass, and Planck’s constant:

Notice that this third formula is simply a combination of the previous two. E in the second formula is replaced with hf, which we see from the first formula it is equal to. Then the structure of the formula is changed to define mass (m).

This means that Planck’s constant as defined by Le Grand K wasn’t so constant because it always had an uncertainty associated with it. If we are to define Planck’s constant, we need to be sure we have it right. After all, no one had ever made a very precise measurement of it, until now.

The Watt Balance and the Measurement of Planck’s Constant

Planck’s constant was measured using a Kibble balance, formerly known as a watt balance. The Kibble balance was renamed after its inventor, Bryan Peter Kibble, after his death in 2016. It was designed to measure an object’s mass with extreme precision using electricity. The Kibble balance has two settings, weighing mode and velocity mode. The weighing mode takes a mass and weighs it against the force created by a coil of wire with a current running through it in a magnetic field. The equation for that is:

Where m is the mass, g is gravitational acceleration, B is the magnetic field, L is the length of that coiled wire, and I is the current through the wire. Everything here can be measured very precisely except for the length of wire (L) and the magnetic field (B). To get around this issue, velocity is brought in. On the other side of the balance, there is a motor that moves the balance up and down at a constant velocity. This moves that coil of wire up and down through the magnetic field, creating a voltage in the wire. The equation of which is:

Where B and L are the same as before, V is the voltage and v is the velocity created by the motor. We can then solve our two equations for BL, equate the 2 (thereby removing BL and creating a new formula), then after some rearranging, we come to the equation,

VI is electrical power, and mgv is mechanical power, this is why it was called the watt balance since a watt is the unit of power. This alone is very impressive; being able to accurately measure mass without another mass present is amazing. Just using the basic values measured using this apparatus and some other fancy physics, we can get an extremely precise measurement for Planck’s constant. The picture below the ‘Kibble Balance‘ used in defining Planck’s constant.

Below is a pictorial illustration of the Kibble Balance in moving mode.

On November 16th, 2018, Planck’s constant was officially defined as:

This was then used in the equation we looked at earlier:

along with a frequency of:

Avogadro’s number, or Avogadro’s constant is key in defining exact values of molecular substances in chemistry and complex chemical reactions.

During this meeting, the charge of an electron was also fixed:

As well as the Boltzmann constant:

This redefining of Planck’s constant also affects both the Ampere and the Kelvin, units for electrical current and temperature respectively, that depend on the kilogram.

So, why does any of this matter? It matters because results derived from using units of measurement are now constant and not subject to change. More importantly, it means that unlike before, anyone in the world can now make precise measurements of mass, without having to visit a vault in a Parisian basement. Before this change, every mass measurement you have ever seen or used was calibrated by comparing it to another mass, which was then compared to another mass, and on and on, until ultimately it was measured against ‘Le Grand K.’ Now, we no longer have such constraints.

Today, anyone with the right equipment could make sure the mass of an object is a kilogram without much hassle. In all honesty, this probably won’t affect your everyday life, but it just goes to show how much ease advanced scientific processes have brought to activities woven into our daily lives. The metre, second, ampere, litre, kilogram, and others are all man-made units invented for our needs; and they happen to be the best units for our everyday measurements, for tasks as simple as buying gas or weighing cooking ingredients and technical measurements in different industrial processes.

Robinson, I. Toward the Redefinition of the Kilogram: Measurements of Planck’s Constant Using Watt Balances. IEEE Transactions on Instrumentation and Measurement, 2009. 58(4), 942-948.