Taste the Mediterranean Sea and Say Goodbye to Weak Bones 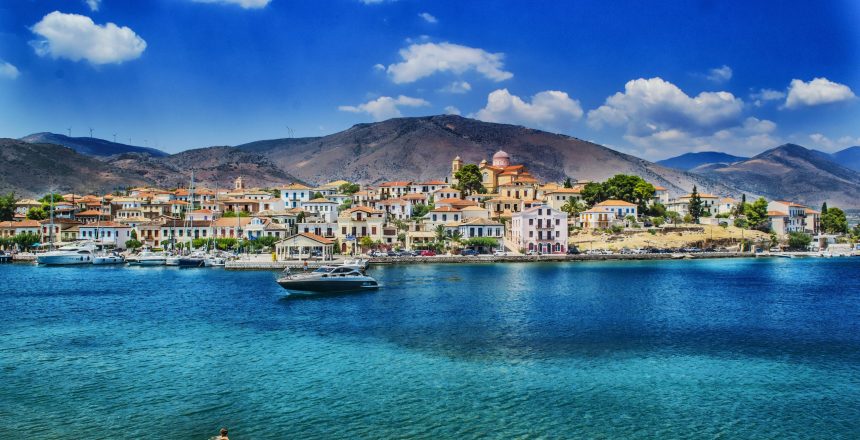 Did you know that adding some Mediterranean flair to your diet could improve your bone health and reduce the chances of fractures? Well, numerous studies over the years have made some groundbreaking discoveries on the remarkable effects of the Mediterranean diet on people with Osteoporosis; a health condition where the bones are very fragile, brittle, and prone to fracturing easily. With these findings, the Mediterranean diet is gaining growing popularity for its long list of benefits to bone health and overall quality of life.

What is the Mediterranean Diet?

To some, the ‘Mediterranean Diet’ might sound like a rigid or complex food regimen to follow, but on the contrary, it is remarkably simple and achievable; and numerous associated health benefits make it worthwhile. This diet essentially focuses on the consumption of more fruits, vegetables, legumes, nuts and other seeds, whole grains, olive oil, fish, and less dairy and some animal protein, like red meat. The beauty of this diet is that there is no strict pattern to follow, or one ‘right way’ to go about it because meal plans can be arranged to fit individual needs and preferences.

Although the Mediterranean diet has received more attention in recent years, with people seeking more organic and natural means to leading healthy lifestyles, as well as combating and preventing health issues; it is a very old diet that is a common staple in the lifestyle of people in countries close to the Mediterranean Sea.

The Mediterranean Diet and its Role in Bone Health Improvement

Not a lot of people are aware of the numerous bone diseases out there because campaigns and conversations around these conditions are not as frequently publicized as those on illnesses like diabetes, cancer, and high blood pressure, among others. Nevertheless, there are a large number of people who suffer from different kinds of bone conditions like bone cancer, bone infections, osteoporosis, osteogenesis Imperfecta, osteonecrosis, Paget’s disease of bone, and rickets.

Like with other diseases, there are ongoing research efforts in the medical field to uncover better methods for managing bone conditions. One in many of the positive outcomes of these studies is the likely beneficial impact of the Mediterranean diet on human bone health. Mainly the diet has been proven to help improve bone health in people with osteoporosis.  According to numerous studies, significant improvements were recorded in people with osteoporosis who maintained a strict Mediterranean diet for a certain period of time.

One of the major studies that tried to determine the efficacy of the Mediterranean diet in bone health improvement was a 12 month European Union-funded trial, led by the University of Bologna in Italy. The report from the one-year trial, which was published in the American Journal of Clinical Nutrition, stated that 1,142 participants between the ages of 65 and 79 across Britain, Italy, Holland, Poland, and France, were involved in the research. These participants were randomly split into two groups where one group maintained a strict Mediterranean diet and the other did not.

The group adhering to the diet had meals like whole-grain pasta and olive oil, alongside a small dose of 10 micrograms of vitamin D-3 daily. At the end of the year-long trial, it was discovered that participants with osteoporosis in the group that followed the diet had experienced a significant increase in bone density around the hip bones. Interestingly, participants who had no history of osteoporosis or any bone condition did not record any obvious increase in their bone density. Still, the observed improvement in the bone health of participants with osteoporosis reinforces the fact that adopting the diet can be of great benefit to people with frail bones. Professor Susan Fairweather-Tait, at the University of East Anglia’s Norwich Medical School in the U.K, who was involved in the research, stated that 12 months isn’t long compared with the time it takes for the bone to form.

Speaking on the results of the trial, Fairweather-Tait said; “Bone takes a long time to form, so the 12-month trial, although one of the longest to date, was still a relatively short time frame to show an impact. So the fact we were able to see a marked difference between the groups even in just this one area is significant. A Mediterranean diet is already proven to have other health benefits, [such as] reducing the risk of cardiovascular disease, Parkinson’s, Alzheimer’s, and cancer. So, there’s no downside to adopting such a diet, whether you have osteoporosis or not.”

Another piece of research titled the ‘Women’s Health Initiative Study’ kicked off as far back as 1998, and was initiated to determine whether diet quality affects bone health in postmenopausal women. The findings, which were published online by JAMA Internal Medicine, revealed that women who followed a Mediterranean diet were less likely to suffer from a hip fracture. This study was conducted in the United States and involved 90,014 women between the ages of 50 and 79. At the start of the study, these participants provided details of their different diets in a food frequency questionnaire.

Researchers compared the participants’ dietary patterns to four common healthy diets, including the Mediterranean diet, the Dietary Approaches to Stop Hypertension (DASH), and two others. The study was eventually concluded in 2014 and during the long years of the ongoing research, there were 2,121 cases of hip fractures and 28,718 cases of total fractures. Following a critical analysis of the entire research, it was discovered that women who strictly adhered to a Mediterranean diet were 0.29% less likely to suffer from a hip fracture than women who didn’t follow the diet. This may not sound like much, but it is a large enough value to indicate a statistically significant difference between treatments. The other three diets did not show a significant level of success.

Benefit of the Mediterranean Diet on Overall Health

Although studies have not been able to determine whether the Mediterranean diet can further increase bone density in individuals with healthy bones and no traces of bone ailments, they have provided substantial proof that the diet will do a lot of good to people with weak and low bone density. Asides from its impact on bone health improvement, the Mediterranean diet has remained in the spotlight for its general health benefits in the human body. In fact, the diet is recognized by the World Health Organization (WHO) as one of their healthy and sustainable dietary patterns.

If you are looking to switch your diet to a healthier one without the difficulties of a drastic change, the Mediterranean diet is the way to go. It is very simple and familiar, consisting of all the foods you already know, but with a greater focus on the more healthy food options. Interestingly, you get to customize your own meal plans to your liking and needs. One important thing to note though is if you are already on a prescribed diet you should consult with your doctor or physician before making any form of modification to your diet.